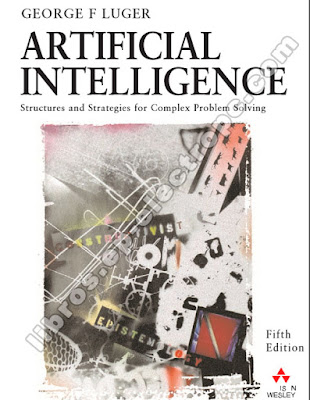 Artiﬁcial intelligence is a big ﬁeld, and consequently, this is a large book. Although it would require more than a single semester to cover all of the material offered, we have designed our book so that a number of paths may be taken through the material. By selecting subsets of the material, we have used this text for single semester and full year (two semester) courses.

We assume that most students will have had introductory courses in discrete mathematics, including predicate calculus, set theory, counting, and graph theory. If this is not true, the instructor should spend more time on these concepts in the optional sections at the beginning of the introductory chapters (2.1, 3.1, and 5.1). We also assume that students have had courses in data structures including trees, graphs, and recursion-based search, using stacks, queues, and priority queues. If they have not, then spend more time on the beginning sections of Chapters 3, 4, and 6.

In a one quarter or one semester course, we go quickly through the ﬁrst two parts of the book. With this preparation, students are able to appreciate the material in Part III. We then consider the PROLOG and LISP in Part VI and require students to build many of the representation and search techniques of the ﬁrst sections. Alternatively, one of the languages, PROLOG, for example, can be introduced early in the course and be used to test out the data structures and search techniques as they are encountered. We feel the meta-interpreters presented in the language chapters are very helpful for building rulebased and other knowledge-intensive problem solvers. PROLOG and LISP are both excellent tools for building natural language understanding and learning systems.

In a two-semester or three-quarter course, we are able to cover the application areas of Parts IV and V, especially the machine learning chapters, in appropriate detail. We also expect a much more detailed programming project from students. We think that it is very important in the second semester for students to revisit many of the primary sources in the AI literature. It is crucial for students to see both where we are, as well as how we got here, and to have an appreciation of the future promises of artiﬁcial intelligence. We use a collected set of readings for this purpose, such as Computation and Intelligence (Luger 1995).

The algorithms of our book are described using a Pascal-like pseudo-code. This notation uses the control structures of Pascal along with English descriptions of the tests and operations. We have added two useful constructs to the Pascal control structures. The ﬁrst is a modiﬁed case statement that, rather than comparing the value of a variable with constant case labels, as in standard Pascal, lets each item be labeled with an arbitrary boolean test. The case evaluates these tests in order until one of them is true and then performs the associated action; all other actions are ignored. Those familiar with LISP will note that this has the same semantics as the LISP cond statement.

The other addition to our pseudo-code language is a return statement which takes one argument and can appear anywhere within a procedure or function. When the return is encountered, it causes the program to immediately exit the function, returning its argument as a result. Other than these modiﬁcations we used Pascal structure, with a reliance on the English descriptions, to make the algorithms clear.